Hope you have room on your holds list! Here are 10 great fiction titles arriving this month. 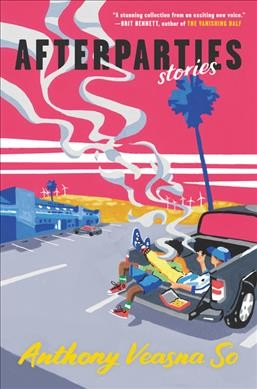 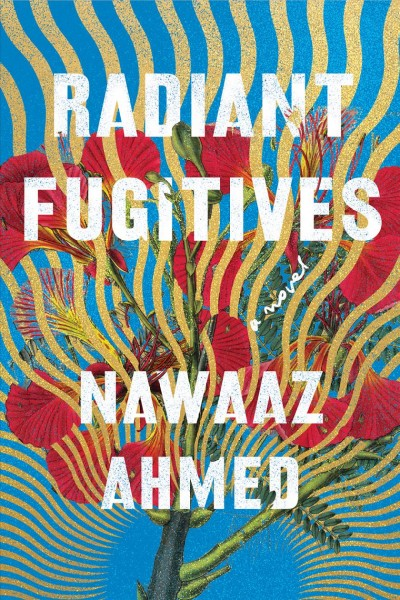 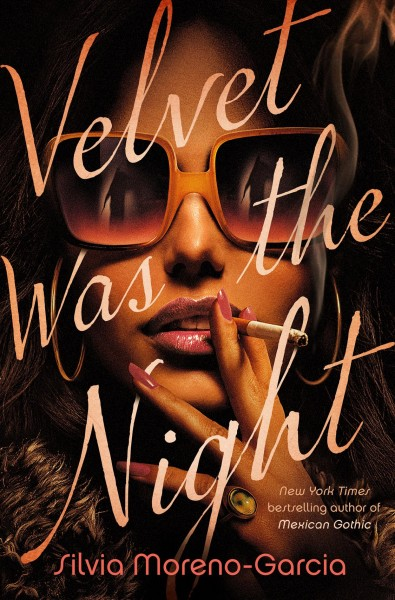 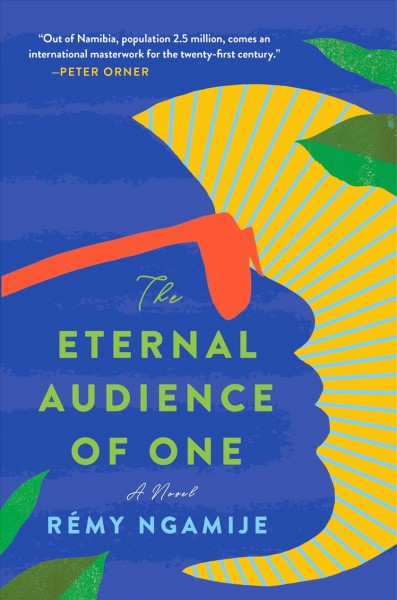 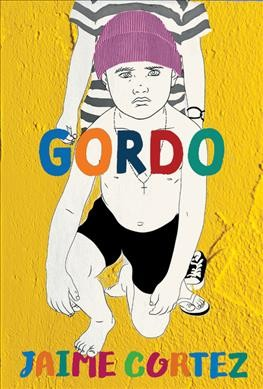 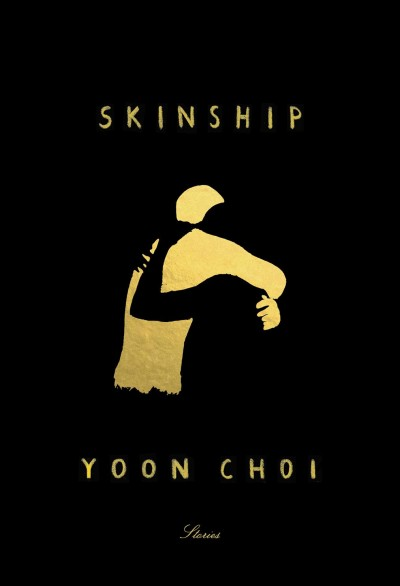 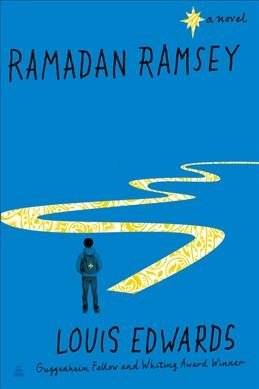 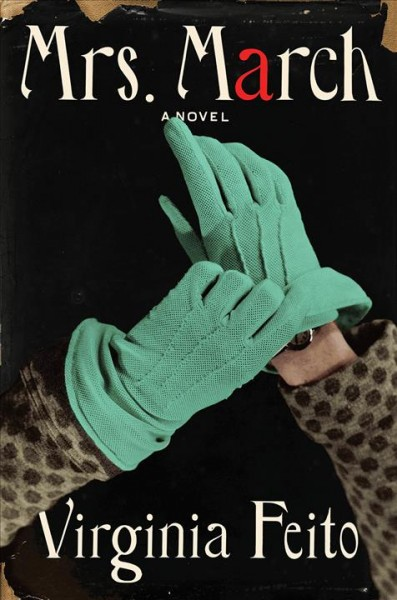 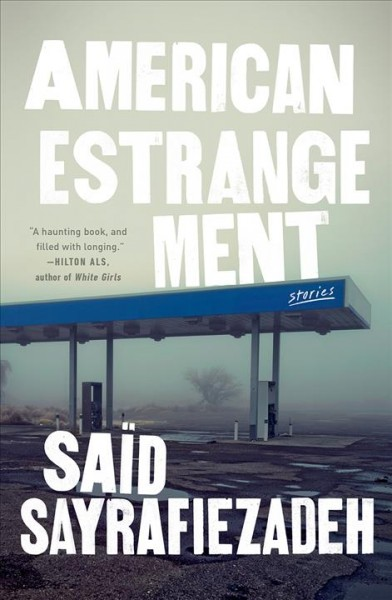 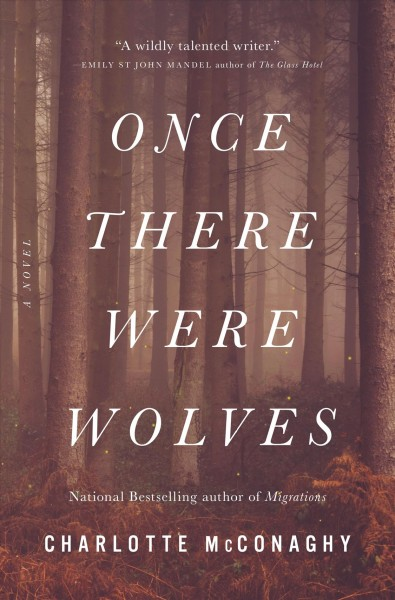 Afterparties by Anthony  Veasna  So
Cambodian and queer lives in California are explored in this short story collection, the highly anticipated debut from a San Francisco author who tragically passed away in December. “The stories are great fun to read—brimming over with life and energy and comic insight and deep feeling… vigorously using fiction’s unruly means of inquiry, such as intuition, imagination, uncertainty, and a fascination with the oddness of individual personalities… who can guess where his considerable talent might have taken him.” (The New York Review of Books)

Radiant Fugitives by Nawaaz Ahmed
In 2010 San Francisco, Seema is a pregnant queer woman visited by her dying mother from India and her devout Muslim sister from Texas. As the three attempt to heal longtime family rifts, their stories are told by Ishraaq, Seema’s yet-to-be-born son. “Dazzling, heartrending… Ahmed brilliantly maps the tension between the three women with emotional acuity, and as Seema’s pregnancy unfolds, Ahmed slowly builds to a showdown, culminating in a shattering and unforgettable conclusion. This is a gem.” (Publishers Weekly)

Velvet Was the Night by Silvia Moreno-Garcia
Horror and fantasy author Moreno-Garcia (Mexican Gothic, Gods of Jade and Shadow) returns with a noir thriller set against the student riots in 1970s Mexico City. Maite is searching for her missing friend Leonora, but so is Elvis, a member of a shadowy group enlisted to suppress student activism. “It's hard to describe how much fun this novel is… memorable characters, taut pacing, an intricate plot, and antiheroes you can't help but root for. A noir masterpiece.” (Kirkus Reviews)

Eternal Audience of One by Rémy Ngamije
Séraphin’s family fled Rwanda when he was nine, landing in Namibia. Now he’s in his final year of law school in South Africa, juggling his studies, romance and wild parties while facing the weight of racism. “Funny and incisive… a vivid catalog of sorrows, embarrassments, and barely concealed hostilities, which Ngamije conveys through Séraphin’s sly commentary.” (Publishers Weekly)

Gordo by Jaime Cortez
This debut collection of stories takes place in a migrant labor camp in Watsonville in the 1970s with a pudgy, queer kid named Gordo at it’s center. “These stories are elemental and unfussy, their emotional hearts affecting and memorable. Stories that serve as unvarnished, even fond, testaments to a tough, queer life.” (Kirkus Reviews)

Skinship by Yoon Choi
“The rare story collection that draws you in so completely that the pages turn themselves. That's the happy experience of reading Choi's debut book of eight luxuriously long stories that chronicle the lives of Korean American families… Choi's stories are both closely observed and expansive, a feat of narrative engineering that places her next to Alice Munro. Nearly every one builds to what feels like an epiphany, or a pearl of wisdom, only to rush on for more pages as though to remind us that life does not stand still, that flux is the normal state of things, and loss always lurks on love's horizon. An exceptional debut.” (Kirkus Reviews)

Ramadan Ramsey by Louis Edwards
Ramadan Ramsey is raised by a single mother and his adoring grandmother. A series of tragic events prompts seventeen-year-old Ramsey to set out on an epic journey to find the father he never met, a onetime Syrian refugee working in a New Orleans convenience store who was sent back to Aleppo before he even knew he was going to be a father. A “delightful and intimate modern epic. Guggenheim fellow and Whiting Award winner Edwards harnesses the best of his storytelling powers… The narrative voice is highly engaging, often combining humor and pathos in a single sentence so that even tragic events are imbued with lightness. A novel that is as exhilarating as it is moving; a fine achievement.” (Kirkus Reviews)

Mrs. March by Virginia Feito
Mrs. March is rich, elegant and proud, and her husband is a very successful author. But when a clerk at her favorite Manhattan pastry shop flippantly suggests that Mrs. March is the inspiration for her husband’s newest novel, she launches into a devastating psychotic spiral. “Feito locks the reader up inside the fracturing psyche of a woman of privilege who, through excruciatingly precise renderings of grotesque delusions, is revealed to be profoundly and perilously damaged... Each sharply realized and diabolical aspect of Mrs. March’s life, hallucinations, and actions are spiked with chilling insights into the dark aspects of family, marriage, and wealth. Feito's bravura gothic thriller brilliantly exposes monstrous consequences of covert neglect and cruelty.” (Booklist)

American Estrangement by Saïd Sayrafiezadeh
“Seven thematically linked stories that explore the lonely schisms in American life. Estrangement, the act of being separate from a person or group with whom you were once close, is the definitive condition of Sayrafiezadeh's America and the binding agent of his lyrical, funny, and disquieting collection... Lyrical, funny, smart, and heartbreaking.” (Kirkus Reviews)

Once There Were Wolves by Charlotte McConaghy
Inti Flynn is in the Scotland with her twin sister Aggie and a team of biologists to release fourteen gray wolves, hoping their efforts will help heal the damaged Highland ecosystem. “McConaghy infuses Inti’s adventures with ravishing descriptions of the landscape and the “infinite mysteries of wolves,” portrays wolf-fearing sheep farmers, orchestrates a knotty relationship between Inti and the police chief, and presents chilling flashbacks to the traumas that left Aggie mute and agoraphobic. McConaghy's richly plotted tale of suspense and psychological insight poses provocative questions about predators and humanity's impact on Earth.” (Booklist)  McConaghy is the author of last year’s bestseller Migrations (2020) which was selected as a Best Book of the Year by TIME, The Los Angeles Times and Library Journal.