What better way to start the new year than with a list of new books coming in January? Here's our monthly list of great fiction titles arriving soon. 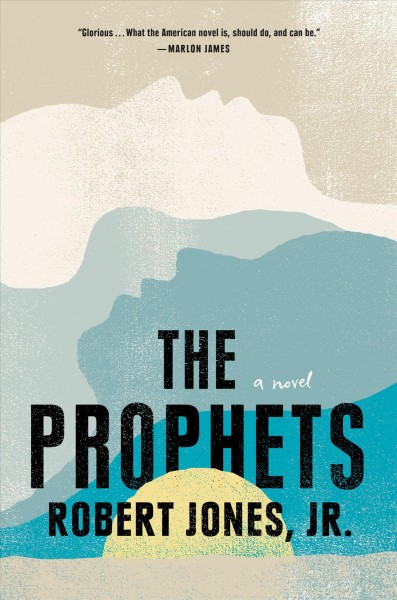 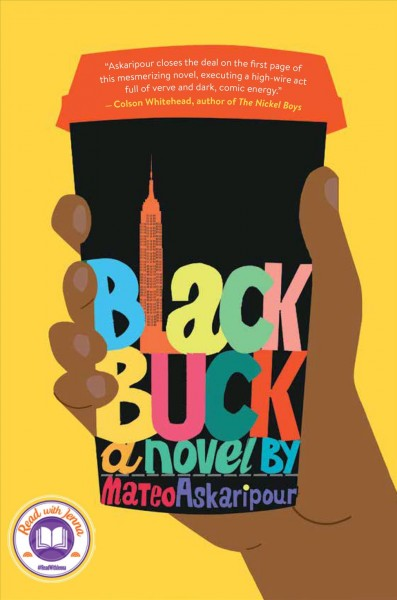 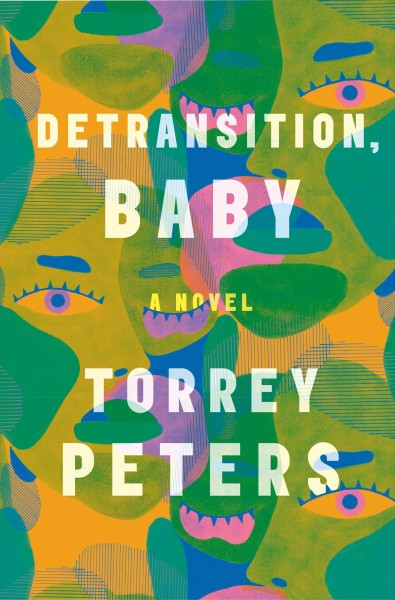 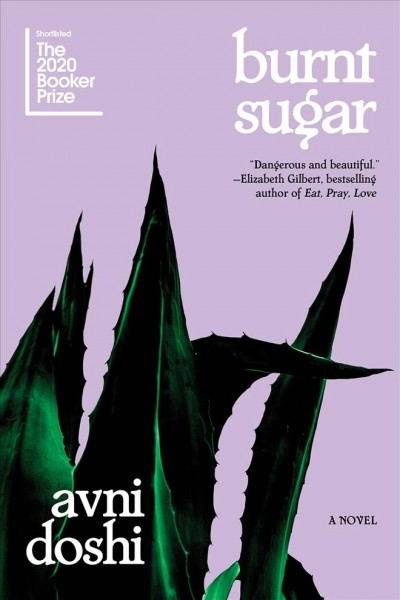 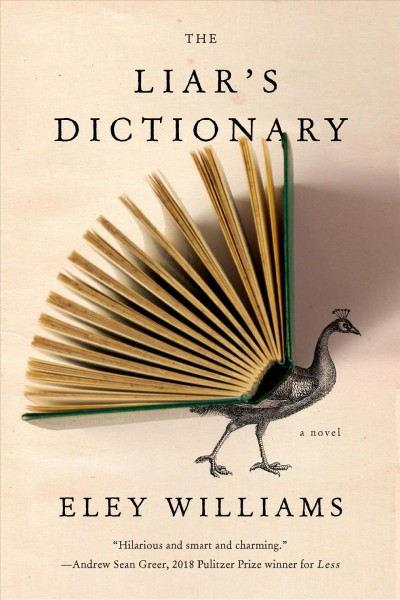 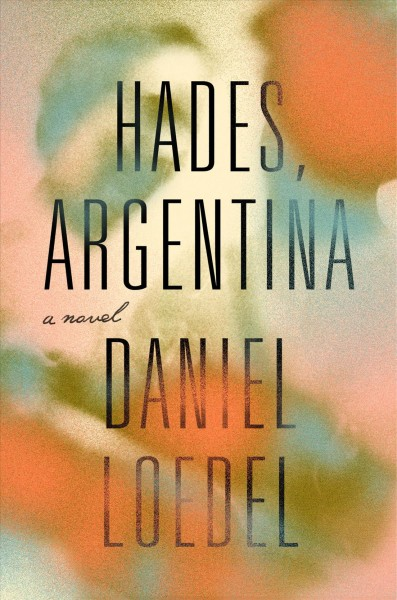 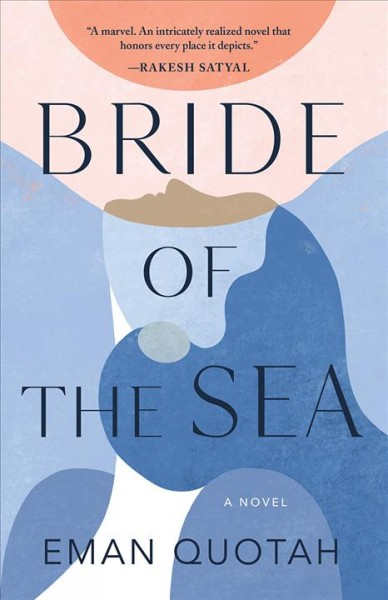 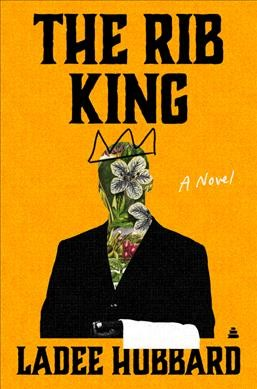 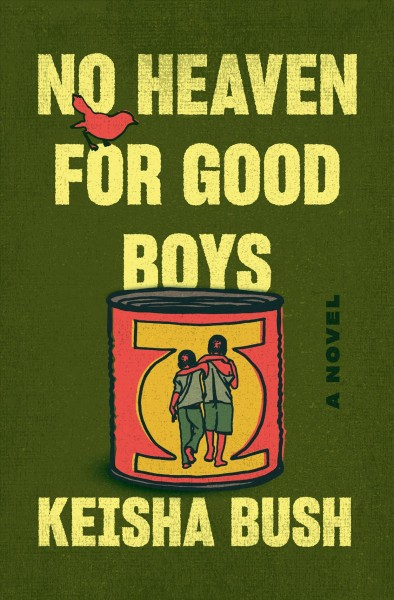 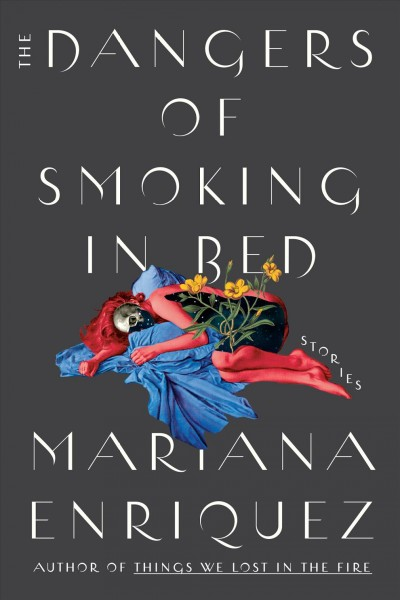 The Prophets by Robert Jones, Jr.
On an antebellum plantation in Mississippi, Isaiah and Samuel are enslaved men who find sustenance in their love for one another. The peace they share is threatened by the ambitions of an enslaved preacher who turns their world against them. “An often lyrical and rebellious love story embedded within a tender call-out to Black readers, reaching across time and form to shake something old, mighty in the blood… Jones proves himself an amazing lyricist, pulling poetry out of every image and shift of light.” (Danez Smith, The New York Times)
Check out or recommend this eBook for purchase on Overdrive.

Black Buck by Mateo Askaripour
Darren Vender is an unambitious barista when a chance encounter leads him to an elite sales job at a promising startup. This satirical first novel traces his struggles as the only Black employee in his company and how he loses his way on the path to success. “Askaripour eviscerates corporate culture in his funny, touching debut… In an author’s note, Askaripour suggests the book is meant to serve as a manual for aspiring Black salesmen, and the device is thrillingly sustained throughout, with lacerating asides to the reader on matters of race.” (Publishers Weekly)
Check out or recommend this eBook for purchase on Overdrive.

Detransition, Baby by Torrey Peters
Reece and Amy’s relationship ended when Amy detransitioned and became Ames. When Ames’s new girlfriend (and boss) Katrina gets unexpectedly pregnant, Ames proposes that they start a family—and include ex-girlfriend Reese as a third parent. “A wonderfully original exploration of desire and the evolving shape of family… Smart, funny, and bighearted.” (Kirkus Reviews)
Check out or recommend this eBook for purchase on Overdrive.

Burnt Sugar by Avni Doshi
Tara lived a unconventional, feral life at the expense of her daughter Antara, to whom she was often neglectful and cruel. Years later, in the Indian city of Pune, Tara’s drift into dementia forces Antara into the role of parent and prompts her to examine the relationship between mother and daughter. “An elegantly written family story that sizzles with hatred and is impossible to put down… This is not a miserable book, though, but a painfully exhilarating one.” (The Guardian)
Check out or recommend this eBook for purchase on Overdrive.

The Liar’s Dictionary by Eley Williams
Peter Winceworth is a lexicographer at Swansby’s New Encyclopaedic Dictionary during the Victorian Era, who acts out his frustrations by inserting fictitious entries in the S volume. 100 years later, Mallory is a Swansby’s intern responsible for complaints and hunting down errant entries, while at home her girlfriend Pip is urging her to come out of the closet. “You wouldn’t expect a comic novel about a dictionary to be a thriller too, but this one is. In fact, Eley Williams’s hilarious new book, 'The Liar’s Dictionary,' is also a mystery, love story (two of them) and cliffhanging melodrama.” (The New York Times) Williams’s short story collection Attrib. won the James Tait Black Prize in 2018 and finally will be released in a U.S. edition in 2021.
Check out or recommend this eBook for purchase on Overdrive.

Hades, Argentina by Daniel Loedel
In 1976 Argentina, Tomás Orilla is a medical student joining the resistance movement against the military junta to impress his childhood love, Isabel. Years later, he is living a new life in New York when he is called back to Buenos Aires to face the ghosts of the past. “A complex and intimate meditation on love, guilt, and the decisions that haunt us forever.” (Kirkus Reviews)
Check out or recommend this eBook for purchase on Overdrive.

Bride of the Sea by Eman Quotah
Saudi immigrants living in Cleveland, Saeedah and Muneer part ways after only a few years of marriage. When Muneer returns to his homeland, Saeedah fears her young daughter will be taken from her, prompting her to disappear and assume a nomadic life. “The impact of this choice on these three lives and the way it affects the extended family dynamics is central in Quotah’s novel spanning four decades, even as she weaves in the reality of immigrant lives, offers thoughtful observations about religious identity, and provides vignettes of Saudi culture… a compelling and worthy read.” (Booklist)
Check out or recommend this eBook for purchase on Overdrive.

The Rib King by Ladee Hubbard
In the early 20th century, August Sitwell and Miss Mamie Price are part of an all-Black domestic staff serving the Barclays, a white family with a dwindling fortune. Mr. Barclay seizes an opportunity to regain the family fortune by marketing a meat sauce using Miss Mamie’s recipe and a caricature of August’s likeness on the label. “Hubbard (The Talented Ribkins) delves into issues of race, vengeance, redemption, and rage… Hubbard’s prose brims with unspoken tensions and a prevailing sense of dread as she skillfully explores how the characters are impacted by trauma. Shocking and thought-provoking.” (Publishers Weekly)
Check out or recommend this eBook for purchase on Overdrive.

No Heaven for Good Boys by Keisha Bush
Six-year-old Ibrahimah leaves his Senegalese village for Dakar, where he expects to become a student of the Quran with his older cousin. Instead, Ibrahimah is exploited and abused, and must learn how to survive. “Dickensian… Ibrahimah must rely on wit, luck, and the ability to weather what fate throws at him, which is a lot, to survive. Bush is a born storyteller, who knows how to speak in the language of the boys she brings to life. They are hungry and they want love—the latter being the word most often used in this devastating, drawn from real events, story.” (Literary Hub)
Check out or recommend this eBook for purchase on Overdrive.

The Dangers of Smoking in Bed by Mariana Enriquez, translated by Megan McDowell
Argentine journalist and author follows her 2017 collection Things We Lost in the Fire with another book of dark, unsettling short stories. "Breathtaking, off-kilter, even deranged… While Enriquez's indelible images will sear themselves into readers' memories, it's her straightforward delivery and matter-of-fact tone that belie the wild, gasp-worthy action unfolding on the page. This makes for surprising, occasionally gut-wrenching reading.” (Booklist)
Check out or recommend this eBook for purchase on Overdrive.