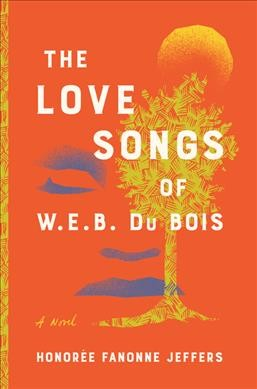 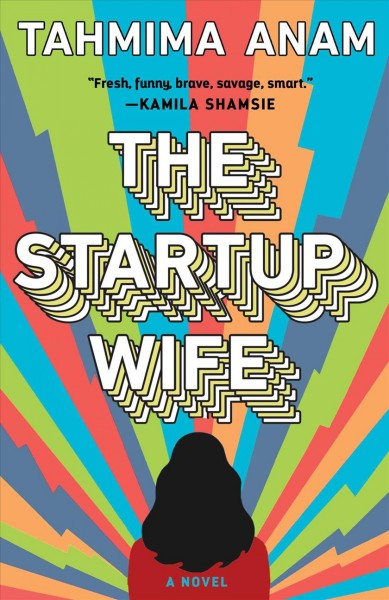 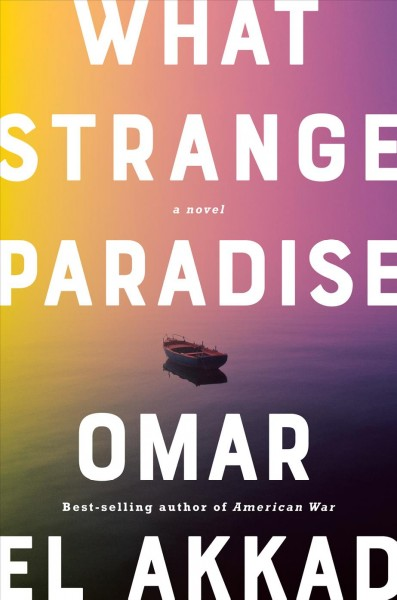 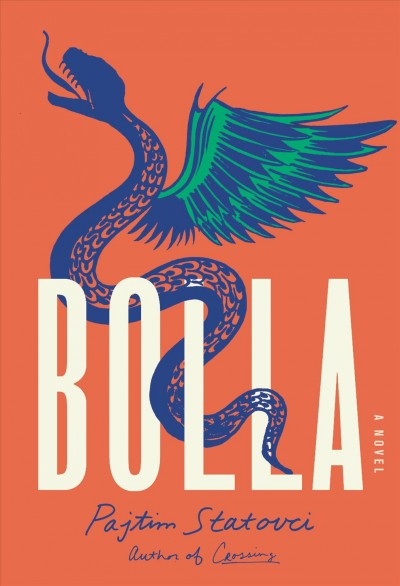 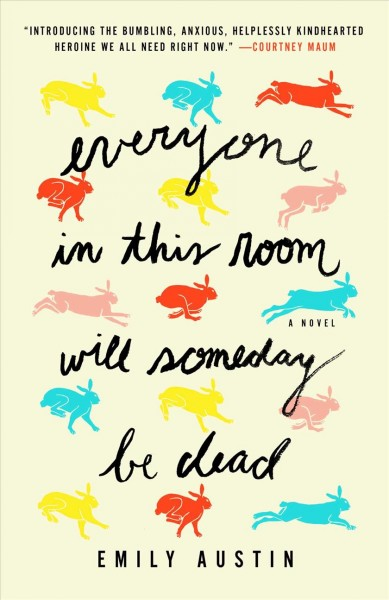 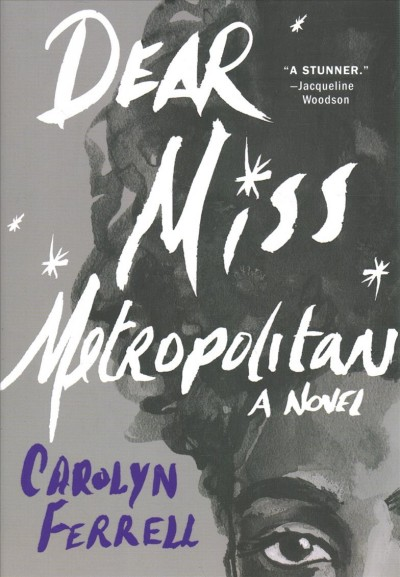 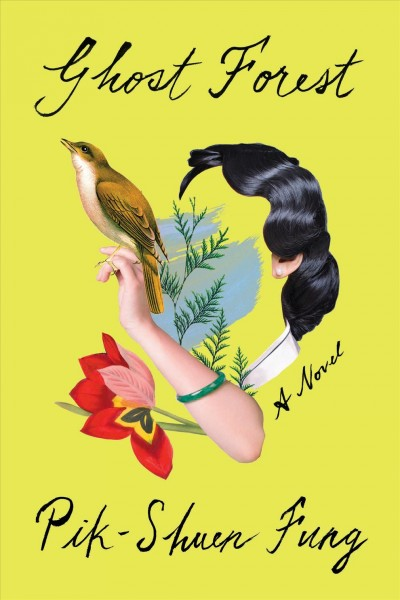 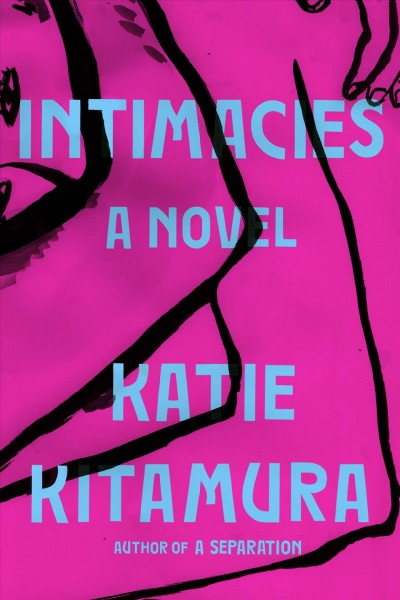 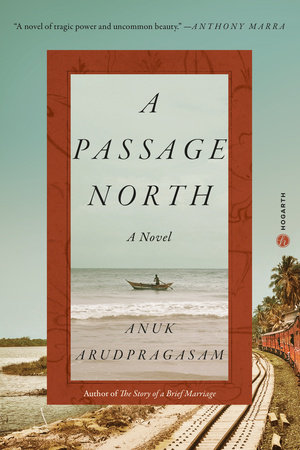 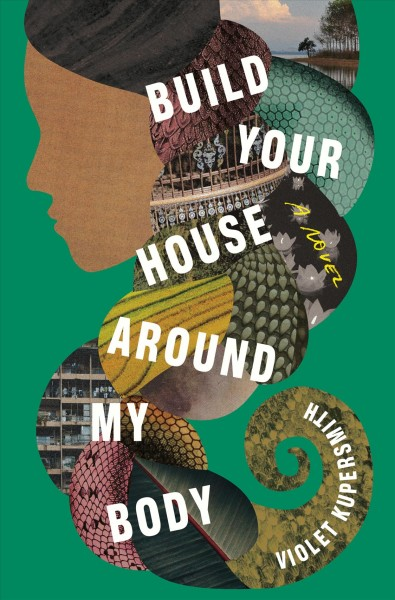 The Love Songs of W. E. B. Du Bois by Honorée Fanonne Jeffers
At the center of this epic historical novel, Ailey Pearl Garfield comes of age in Washington, D.C. in the 1980s and 90s, spending her summers in the home of her enslaved ancestors in Georgia. The daughter of a physician and a school teacher, Ailey pursues a career as a historian, uncovering generations of trauma throughout her personal and professional journey. “A staggering and ambitious saga exploring African American history... Themes of family, class, higher education, feminism, and colorism yield many rich layers. Readers will be floored.” (Publishers Weekly) This is the fiction debut of poet and scholar Jeffers, who was nominated for a National Book Award for her collection The Age of Phillis (2020).

The Startup Wife by Tahmima Anam
Asha is a Bangledeshi American coder who, after a two-month romance, marries her high school crush Cyrus. Asha and Cyrus then help start a new social media product that becomes a wild success, prompting Asha to abandon her PhD program at Harvard while Cyrus is elevated into an international celebrity. “A clever, often funny anti-romance novel set in the world of platforms, launches, engagements, and turmeric lattes.” (Kirkus Reviews) Anam is one of Granta’s Best of Young British Novelists and author of A Golden Age (2007), The Good Muslim (2011), and The Bones of Grace (2016).

What Strange Paradise by Omar El Akkad
The family of eight-year-old Syrian refugee Amir has recently fled to Egypt when he follows his uncle in the dead of night, secretly boarding a mysterious boat. After a harrowing sea journey, Amir ultimately lands, all alone, on the Greek island of Kos, where he must avoid capture and figure out what to do next. “Timely, captivating… A compassionate snapshot of one Syrian refugee's struggle to plot a course for home.” (Kirkus Reviews) Author El Akkad is an Egyptian-born, Qatar-raised Canadian war reporter and author of the unforgettable dystopian novel American War (2017) which was selected as one of the best books of the year by the New York Times, The Washington Post, San Francisco Chronicle, NPR and many others.

Bolla by Pajtim Statovci, translated by David Hackston
Albanian literature student Arsim discovers his wife is pregnant the same week he embarks on a life-altering affair with Miloš, a Serb who is studying medicine. Miloš and Arsim’s connection is doomed by the Bosnian War, which requires one man to fight and the other to flee. “Statovci sustains a deeply somber tone as the characters struggle to endure while looking back on a sad past of missed opportunity… It’s an eloquent story of desire and displacement, a melancholy symphony in a heartbreaking minor key. Statovci is a master.” (Publishers Weekly) International award winning novelist Statovci is the author of My Cat Yugoslavia (2017) and Crossing (2019).

Everyone in This Room Will Someday Be Dead by Emily Austin
Gilda, an atheist lesbian in her twenties, is in search of relief from her anxieties about death when she accidentally lands a job as a receptionist at her local Catholic church. “Runaway humor sustains an otherwise grim story in Austin’s exuberant debut… What starts out as genuinely bleak affair, with a depressed Gilda considering suicide, becomes a brisk story underpinned by a vibrant cast.” (Publishers Weekly)

Dear Miss Metropolitan by Carolyn Ferrell
Young girls Fern, Gwin and Jesenia were abducted, held captive and abused for years in a decrepit house in Queens. Mathilda Marron, a newspaper advice columnist and neighborhood busybody lived next door—how did she fail to notice what was going on? “Ferrell’s innovative and harrowing debut novel (after the collection Don’t Erase Me) draws on the Ariel Castro kidnappings in Cleveland… Composed of an assemblage of fragments, photos, articles by Mathilda, and first-person narration from the victims, this effectively unpacks both individual and collective trauma. It’s blistering from page one.” (Publishers Weekly)

Ghost Forest by Pik-shuen Fung
An unnamed young girl’s family moves from Hong Kong to Vancouver with the exception of her father, creating an “astronaut family,” the name coined by Hong Kong media to describe a family fractured by immigration. He stays behind to work, creating a rift that might be mended years later when the father is diagnosed with a serious illness. “Much more than a simple telling of one family's story of immigration and assimilation, with the multigenerational perspectives provided by the narrator's mother and grandmother enlivening the text and helping the narrator better understand her life… this fluid and deeply touching novel—sprinkled throughout with Chinese onomatopoeia and proverbs—will be appreciated by readers drawn to stories of families, relationships, and identity.” (Library Journal)

Intimacies by Katie Kitamura
An unnamed narrator has a new temporary job as an interpreter in the international court at The Hague, where she is weighed down by her work with an accused war criminal. Meanwhile she grapples with a complicated romantic relationship and her connections to the witness and the victim of a violent crime. “It's a delight to accompany the narrator's astute observational intelligence through these pages, as it was in A Separation (2017), which also unspooled completely in the mind of its speaker… The novel packs a controlled but considerable wallop, all the more pleasurable for its nuance. This psychological tone poem is a barbed and splendid meditation on peril.” (Kirkus Reviews)

A Passage North by Anuk Arudpragasam (coming soon)
A contemplative novel of the thoughts and memories of Krishan, a young Sri Lankan man on a journey from his home in Colombo to the north of the country to attend a funeral. “An intelligent, quite often moving novel of meditation and aftermath… The result, if such a thing be possible, is a novel of philosophic suspense, one whose reader shivers in anticipation not of what will happen next but of where the next thought will lead. A luminously intelligent, psychologically intricate novel--slow in always rewarding ways." (Kirkus Reviews) Arudpragasam is the author of The Story of a Brief Marriage (2016) which was shortlisted for the Dylan Thomas Prize and the DSC Prize for South Asian Literature.

Build Your House Around My Body by Violet Kupersmith
Winnie is a twenty-two-year-old biracial American woman who moves to Saigon to teach English and probe her Vietnamese heritage. Her sudden disappearance takes the story into unexpected times, places and lives. “A wide-ranging first novel that peels back the layers of a haunted Vietnam… The novel is epic enough in scope to require a character list and several pages of maps, but the pages fly as the reader is compelled to figure out how all the narratives will eventually collide. Drawing from genres as diverse as horror, humor, and historical fiction, Kupersmith creates a rich and dazzling spectacle.” (Kirkus Reviews) Kupersmith is also the author of the story collection The Frangipani Hotel (2014).